It’s 8:14am and he is late. I know he will still be in his flip flops and I know he was still in the office at 8pm last night and only left home at 10pm when I sent an urgent text saying “Uncle Malcolm thinks we are leaving at 8am……sorry forgot to say! In the late night phone call as he drove towards our home village, Paul informed me of his recent abdominal surgery, his lack of training and that any food stop on our ride had to be at a Waitrose,  along with the fact that he had calculated how many carbs he needed per hour, it is going to be a mobile picnic, and that he was going to call his mum to come get him at half way..

We are all assembled, Uncle Malcolm (UM) the Road Captain, Paul aka the Ringer, Rafal the Bike Boss ready to take on our longest training ride for Manchester to London.  212km are planned and an early start is needed. Paul appears from the drive over the road with a bagel pushed onto his right handle bar (bagel holder don’t you know). This is a 2nd breakfast as the first has been impacted by his mother’s labelling of home made jam and his poor eyesight resulting in chilli jam on the first bagel. His bike is approaching its 20th birthday and is proud to be from an era before carbon, there is a significant amount of paint missing after his attempt to jet wash it this week. Ma cautions Paul that UM is grumpy due to the delay in a tone you can only use with a 46 year old man if you have known him since they was just the 6. Paul’s response in a similar tone is “I will raise him” …..could be an interesting start to the morning!

Our start point is Charlbury and if you have ridden the Wiggle Cotswolds ride or the Rapha Prestige you will know that the way out of the village (officially a Town …Charlbury Town FC carry the name with pride) is up a hill. After posing for a photo we roll out and enjoy the minute of down hill before we climb out of the village. The 7 miles mostly uphill is passed by discussing our drives to school in the purple Morris Marina van, the friends that used to live along the route and what we remembered and knew of them now. By the time we reach our old school, I am asking if we are nearly there yet?

The views over the Evenlode Valley are stunning, not a view that even registered on our daily school run but despite the low black clouds, the lavender fields and heat scorched hay fields make a beautiful patchwork stretching over to the Wychwood Forrest tree line. As we pass through Chipping Norton we recount the places we used to frequent as under aged drinkers and skivers from school!

Today is not going to be a day where I spend much time on the front. There is a stiff wind that is helping us along for now but looks ominous for the return home. You can tell when you reach Warwickshire just by the road surface (chapeau Warwicshire CC) the pot holes disappear and the surface smoothness is noticeable. Paul’s longest ride this year is 42 miles so as we see signs for Stratford and tip over 45 miles he declares he may fall apart. Now people feel no sympathy here!! This boy has some serious muscle memory and raced bikes from the age of 18. The time is passed with conversation about races on these roads and the valuation of quarries that we see (his job). As the latter is discussed I mysteriously get dropped. Fear not, there will be a happy ending as he sprints up the final climbs with 200km in the legs! Any suggestion of calling his Mum to pick him up is ignored. The Bike Boss and I tuck into our cold pizza from my new handle bar bag.

We are allowed a “short stop” after 100km at a small corner shop where I commit two deadly sins. I buy a drink for the Bike Boss containing sugar and then proceed to drop his bike in the road. Narrowly avoiding being punched in the face and with only the death stare we set off again to find that we are in the place that we always pass through on a ride of the Cotswolds but no one knows what it is called.

There is no joy like Snows hill with 130km in your legs. Compared to the dreaded Peaks it’s not as bad as I remember, Paul encourages me up the hill with wise words and positivity  about my progress.. Snows Hill is always worth it for the fast decent the other side. We take the scenic route back to Burford, dodging tourists in Bourton-on-the-Water and explaining to the Bike Boss about the creepy model village. When we reach Burford there is an option to cut short and be home in 10 miles. Like a horse passing the entrance to the ring I struggle to get past the turn knowing there is another 60km to go. It’s a long straight road out from Burford to Farringdon and one where I learn a valuable lesson. The gusts of wind are buffeting me and Lucy and with UM and Paul taking valiant turns in the head on wind I try to hide, head down power on to hold the Bike Boss’ wheel. Rubber on rubber as our wheels touch, a huge jolt sideways and I am in the middle of the road, somehow still on Lucy. Rodney is upright and the Bike Boss is cross “this is what happens when you don’t concentrate and get tired Susan”  Thankfully my skills of staying on skittish ponies whilst Paul was racing bikes may have saved me. I concentrate very hard for the next few miles . In the thousands of miles I have ridden centimetres from his wheel I have never before done this, however, I fear it may be marked down and mentioned again!

Farringdon Fete is a welcome distraction with a band playing Paranoid by Black Sabbath loudly which we all have in our head all the way home. So far my visits to summer fetes on my bike this summer have bizarrely all included heavy rock music – quaint old England! With a tail wind and UM’s advice that I need to be able to separate brain and body we charge for home. ‘Charging’ at this point requires the Bike Boss to push me up some hills. The last 10km is familiar territory for Paul and he insists we empty the tank ….why on earth is his tank not empty!!!!

8 hours 15 mins 212km done at 26kmph meaning there would just be 140ish km to go…….maybe I can do this. Fuelled by cold pizza a great tip from the fabulous long distance cycling club mate Lorna. I may get there!

However my greatest pleasure today was not the 212km but the fact that I got to spend it with 3 lovely people in my life whose paths would not have ordinarily have crossed. We got to be together and share our passion for cycling and support each other in our goals, whether that be a training ride, a recovery (from surgery) ride, or showing us that the Road captain is still the best! Thank you. You are very important people to me.Kisses

What happened afterwards…….I am tired and grumpy for a week, The Bike Boss’ dull ache in his jaw turns out to be an infected wisdom tooth that has to be extracted. UM ends up on antibiotics for a pesky sore throat. And Paul…….well he is just fine. (BFF)

……….I also discovered there is no age at which taking your friends home to meet your parents is not mortifyingly embarrassing. So sorry Bike Boss. 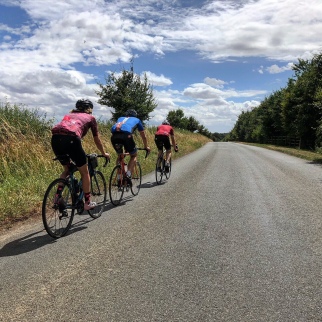 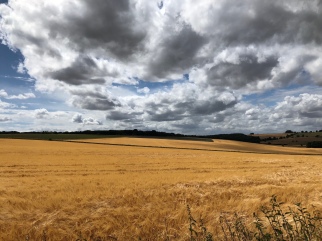 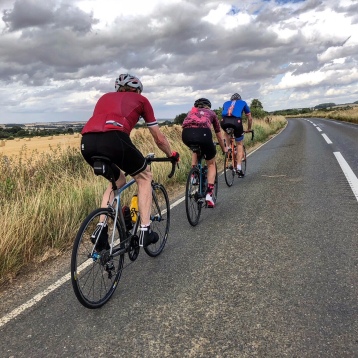 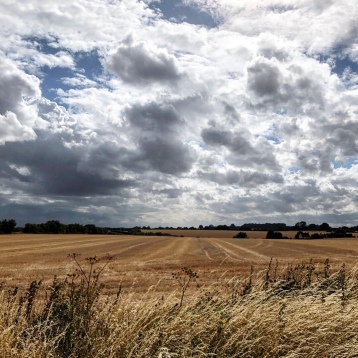 View all posts by Susan 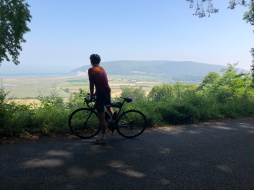 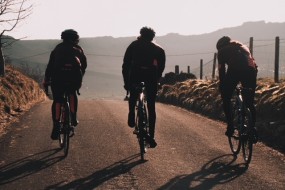